Certificates were awarded for Just Refiners commitment and contributions to the State of Nevada, as well as JRI’s service to the community, economic growth, and creating new jobs with continued growth. 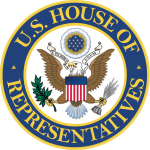